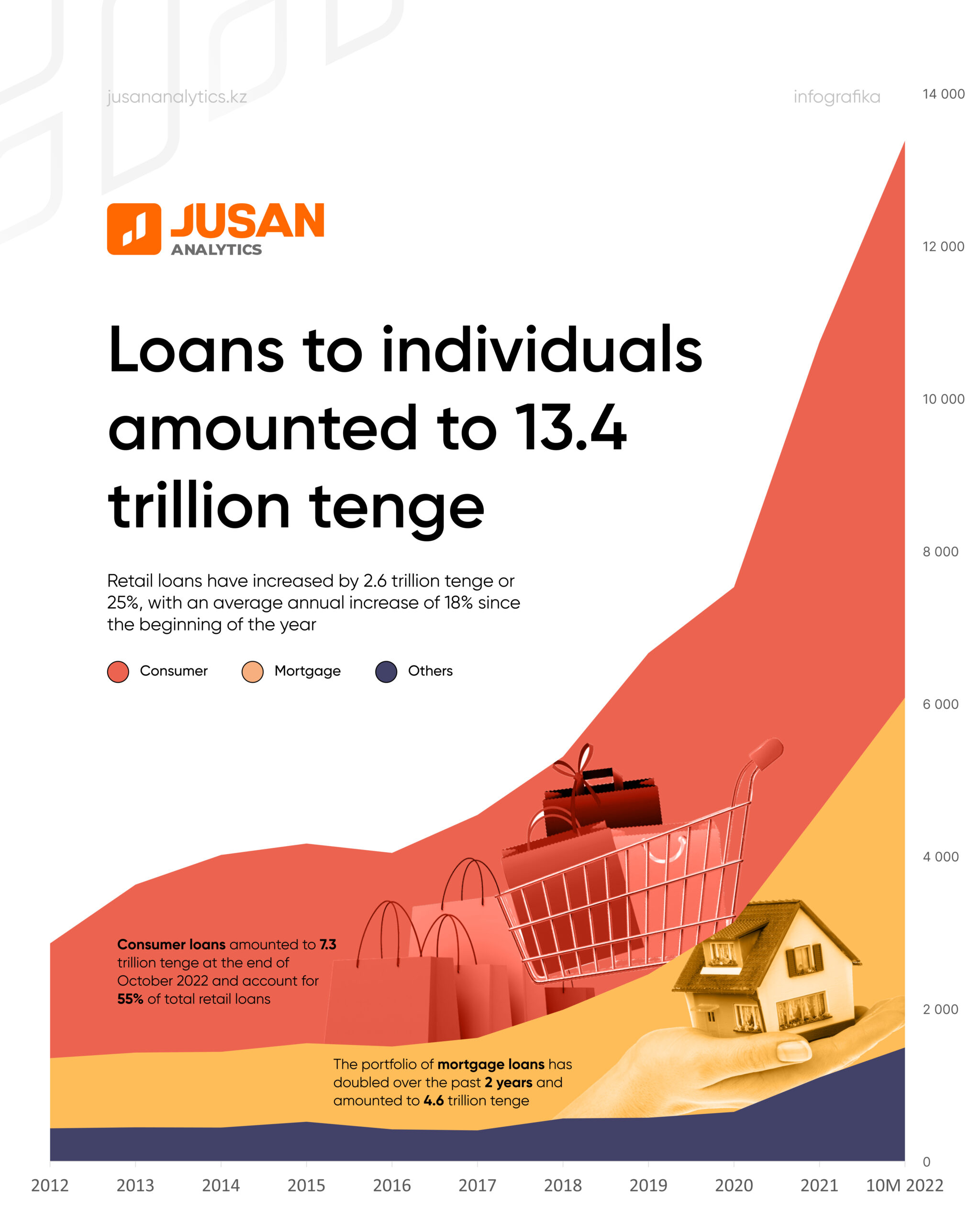 According to the National Bank of Kazakhstan, the total loans of the population amounted to 13.4 trillion tenge. The growth since the beginning of the year amounted to 2.6 trillion tenge or 25%, while in 2021 the growth of retail loans amounted to 43%. We note that consumer loans include auto loans, unsecured and secured loans.

The most popular consumer loans are installments. The demand for unsecured consumer loans increased by 10% in the 3rd quarter of 2022, and the volume of applications amounted to 12 million and has reached the historical maximum. This growth is explained by an increase in consumer spending and increasing financing of spending through leverage. 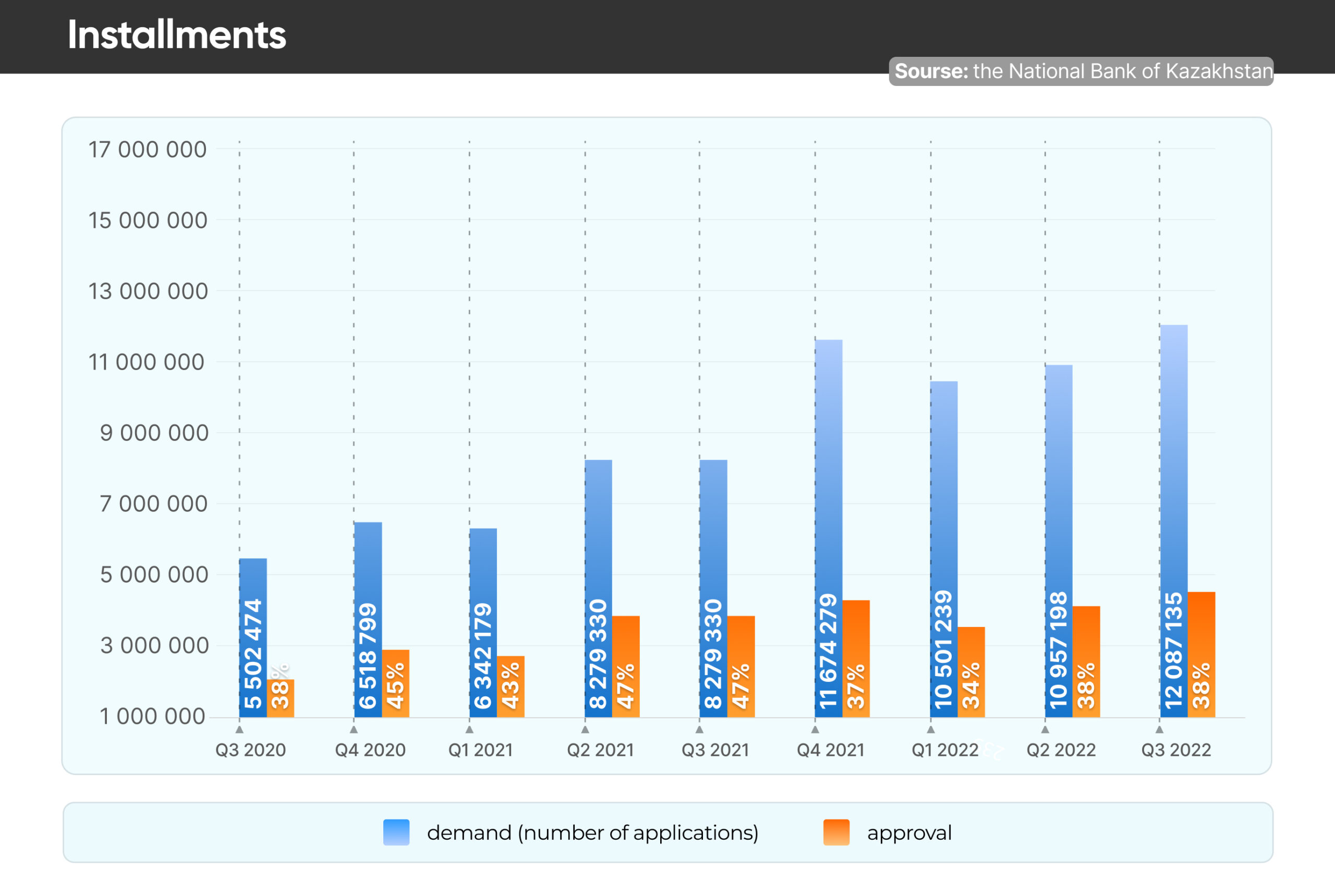 At the same time, despite the increase in the number of applications, the approval level remained at 38%. In other words, banks approve only 3-4 out of 10 applications. The average amount of applications for unsecured consumer lending increased by 17%, which is within inflation and amounted to 669 thousand tenge (2.2 average wages in Kazakhstan).

The mortgage loan portfolio has grown by 2 times over the past 2 years, and the demand for such loans has increased by the same amount just over the year. However, we see a decrease in the level of approval by banks. The average approval rate in 2022 was 43%, while the average approval rate was 76% for the same period last year. And the level of approval will decrease with the outstripping growth in housing prices and low growth of real income of the population. 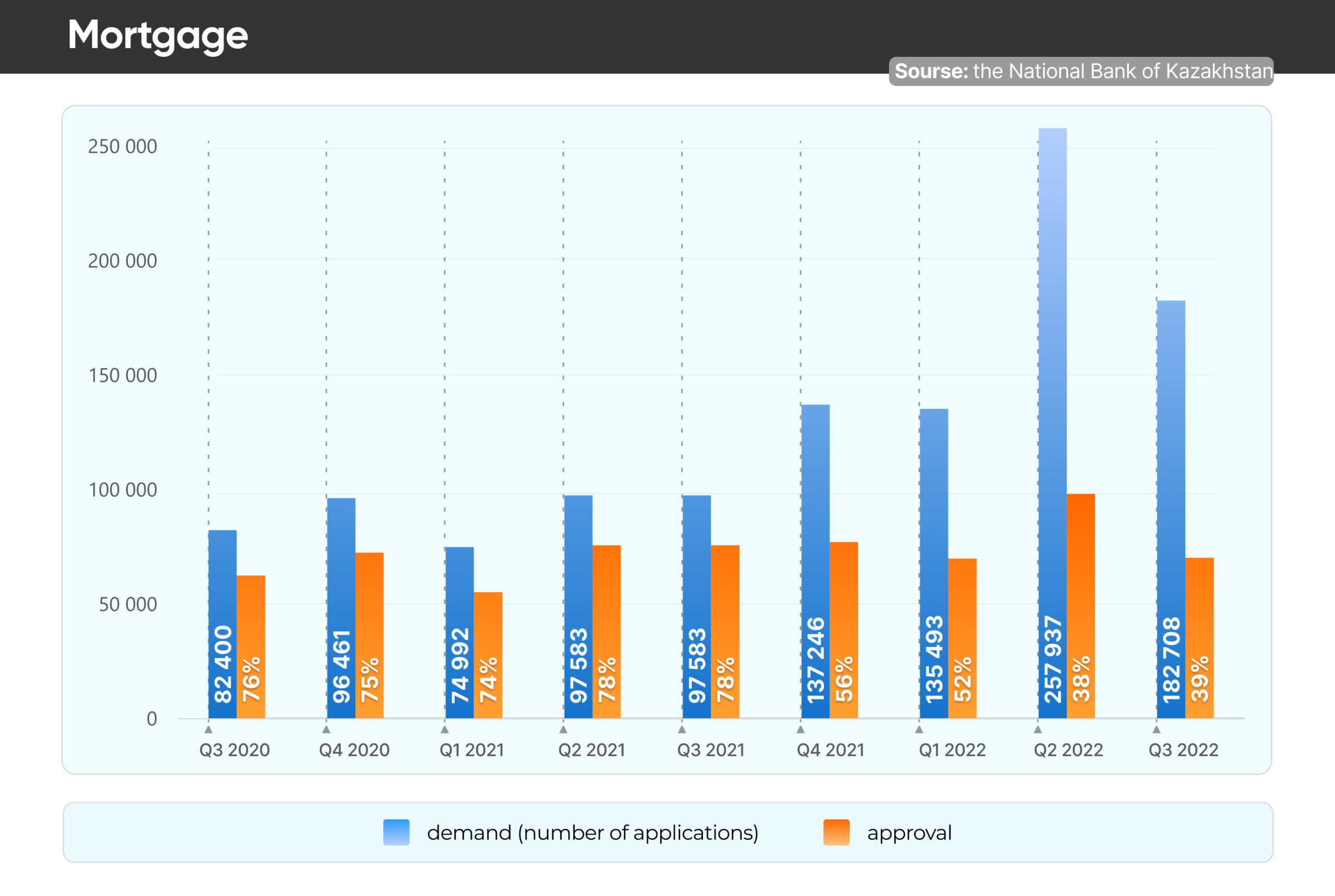 The demand for auto loans also increased in Q3. We observe increased demand among the population for car purchases with a low level of approval. The average approval rate in 2022 was 11%, which is significantly lower than the approval level for other retail loans. As a result, consumer loans remain the main driver of retail loan growth. The current level of household inflation expectations contributes, and the focus of bank advertising campaigns will lead to an even greater increase in consumer lending. Thus, the retail loan portfolio will continue to grow.