How has the US Federal Reserve’s interest rate changed?

Since the end of the previous year, the US Federal Reserve policy has changed from stimulating to restraining, as the geopolitical and economic situation in the world continued to deteriorate contrary to all the forecasts given by the FOMC and global research organizations. The situation was aggravated by the conflict between Russia and Ukraine, which also increased the risk of a global recession.

J. Powell said in his last speech that the US Federal Reserve was not going to lower the rate, but would raise it to reach the 4-5% corridor. So far, the Fed’s rhetoric says that inflation should be curbed even at the cost of short-term drawdowns in the economy. At the same time, we note that during this year the Fed’s rhetoric has changed dramatically and current statements in some moments contradict the past. And this may indicate both an extremely strong degree of variability of economic factors and the presence of significant uncertainty that does not allow forming clear forecasts and expectations. 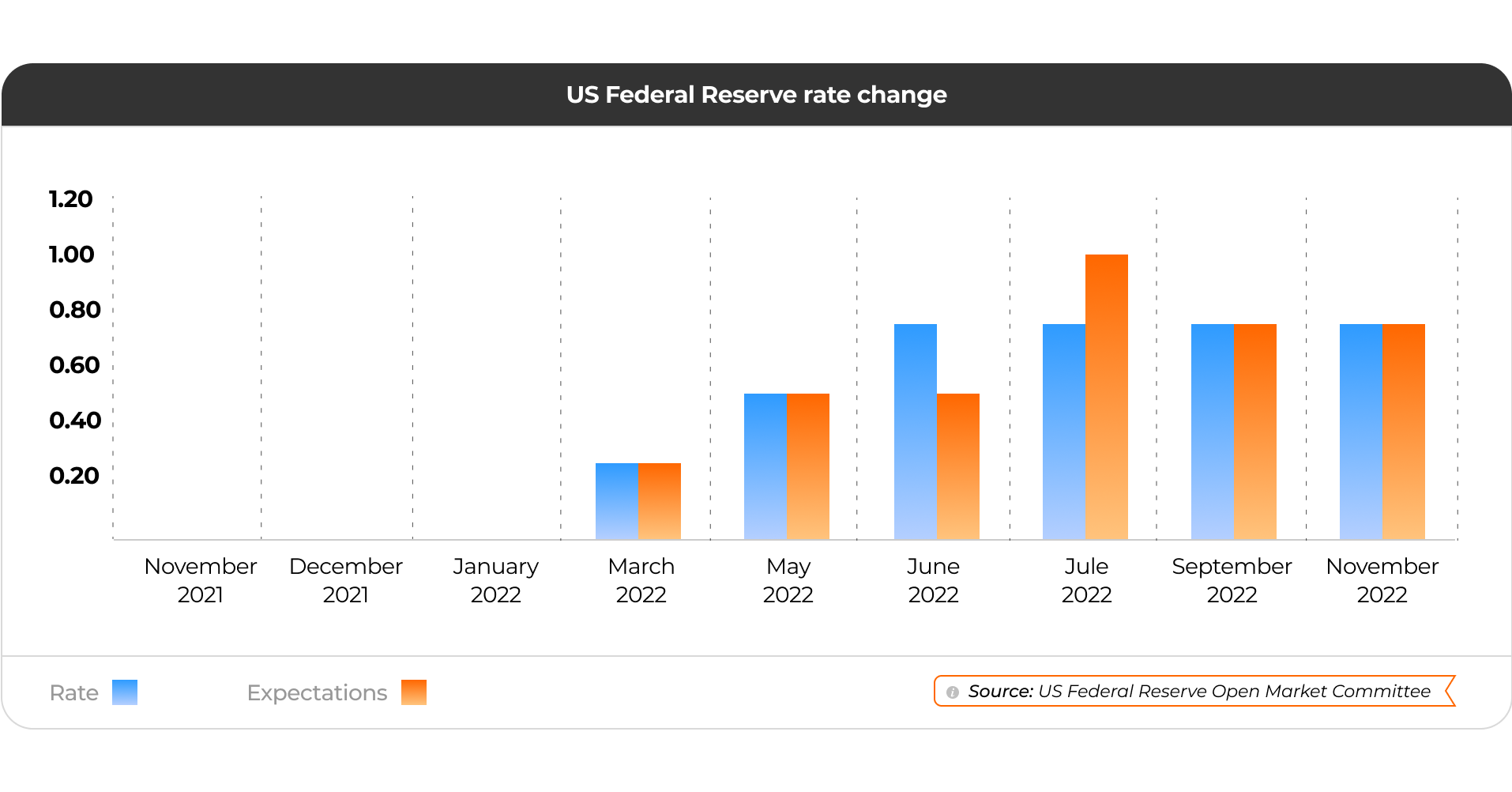 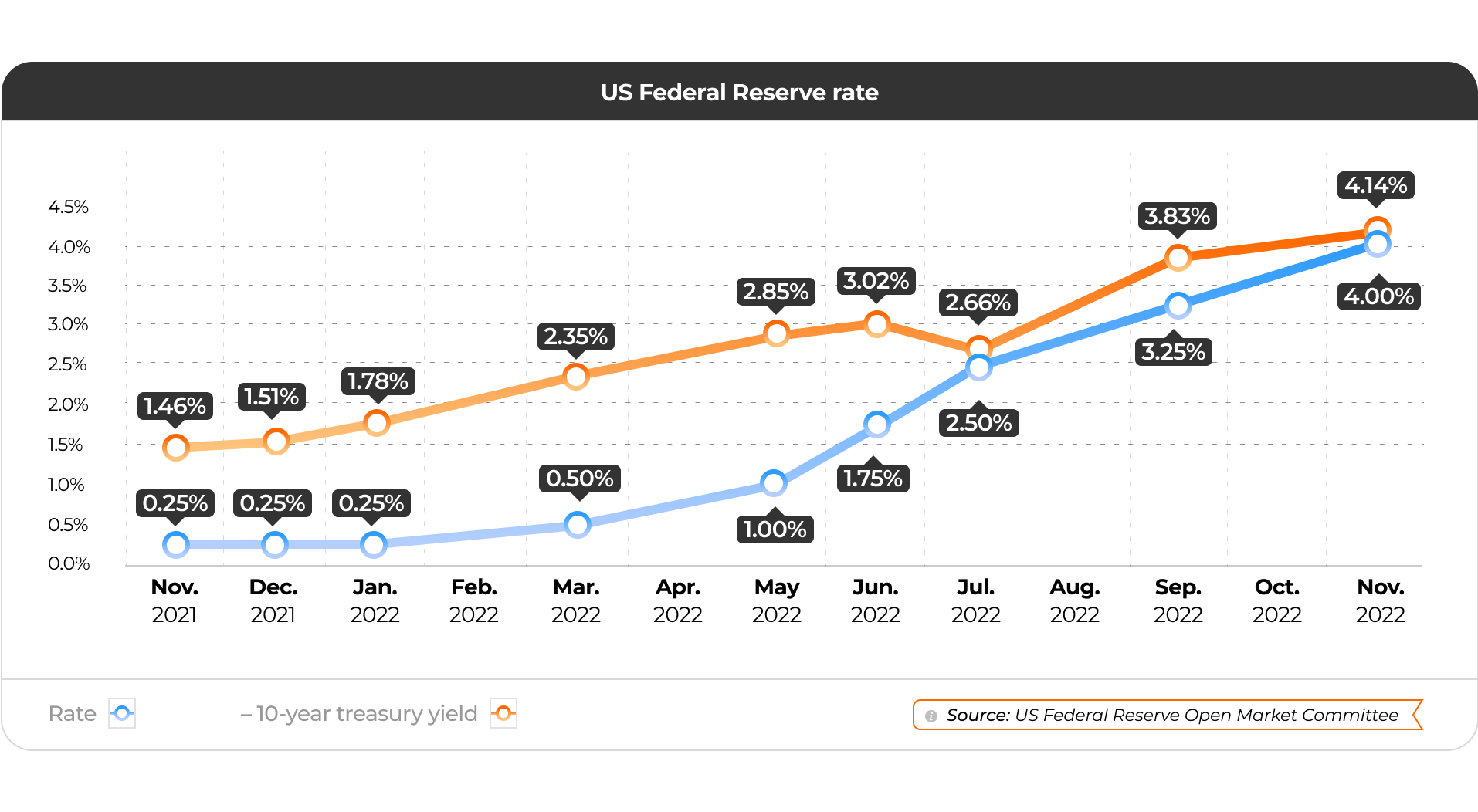