Results of 2022: development of Kazakhstan’s economy 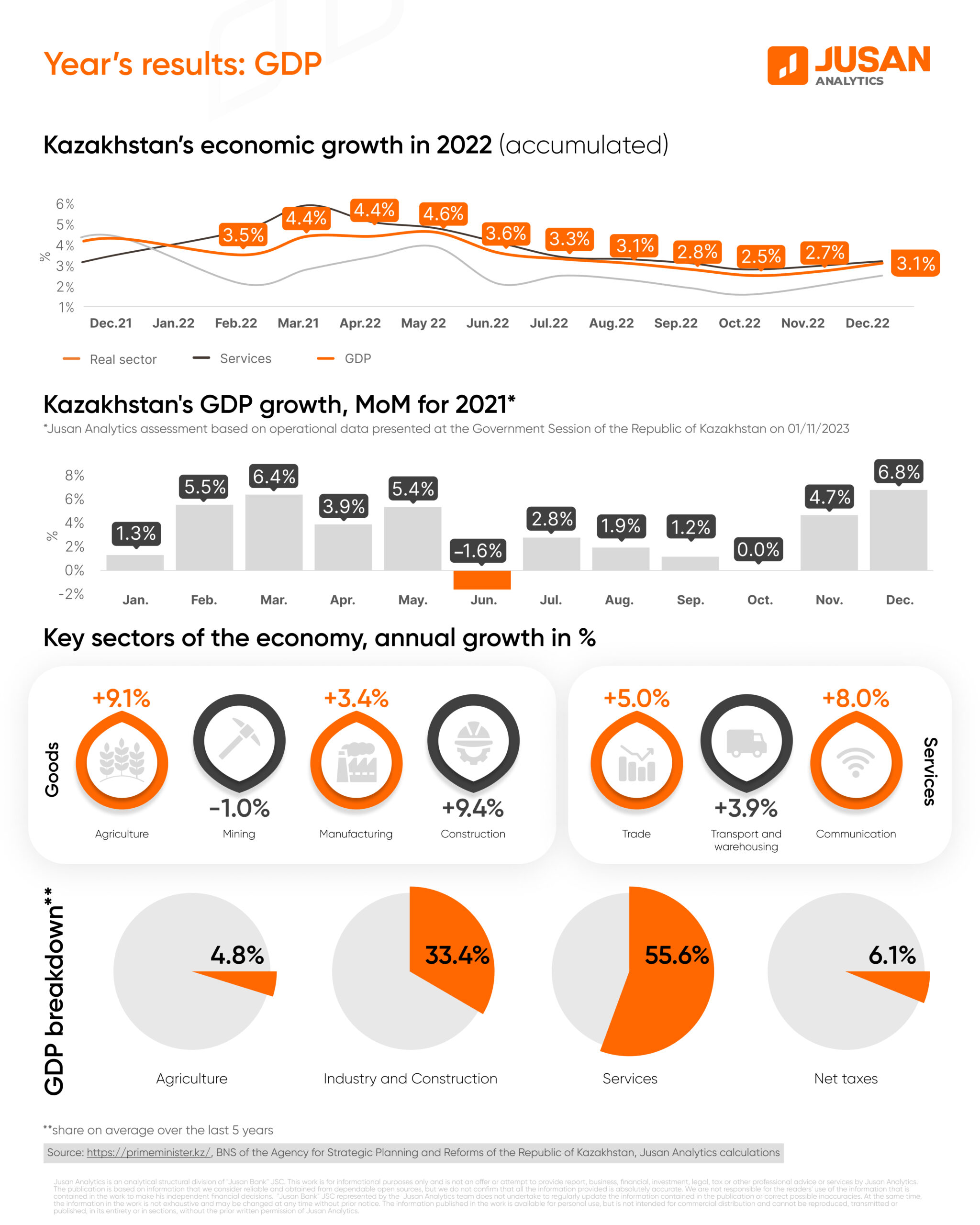 We can see a significant acceleration in economic growth occurred after a long recession that lasted from May to October previous year. The real sector of the construction industry contributed the most to the development of the economy – it recovered in December after a long slowdown and showed an impressive increase of +9.4% at the end of the year (a month earlier the annual growth was +4.3%). Agriculture also showed good growth rates (+9.1% vs. +8.5% a month earlier), communications (+8.0% vs. +7.6%) and trade (+5.0% vs. +4.8%).

At the same time, the slowdown continued in the industrial sector, which is explained by a decrease in oil and mineral production (as a result, the mining industry decreased by 1.0%) and a weakening in the manufacturing sector growth (from +4.2% to +3.4% according to November data).

Thus, the observed situation in the economy exceeded our previously voiced expectations, in particular, due to the construction industry growth surge, which, in our opinion, has occurred against the background of the prerequisites for the implementation of new and extension of old mortgage programs.