US inflation and expectations for the FRS meeting

The inflation in the US is breaking all records and is at its highest levels for the last 40 years. Thus, in May of this year, consumer prices in the world’s largest economy had increased by 1.0% and by 8.6% in annual terms, which has been an absolute record since 1981.

Unprecedented price growth in the American economy, initially caused by the coronacrisis and disruptions in global supply chains, had accelerated in March this year amid a sharp rise in the FAO food price index (Food and Agriculture Organization of the United Nations). In March 2022, the average value of the FAO Food Price Index rose to 159.3 points, which is the historical maximum since the index was created in 1990. 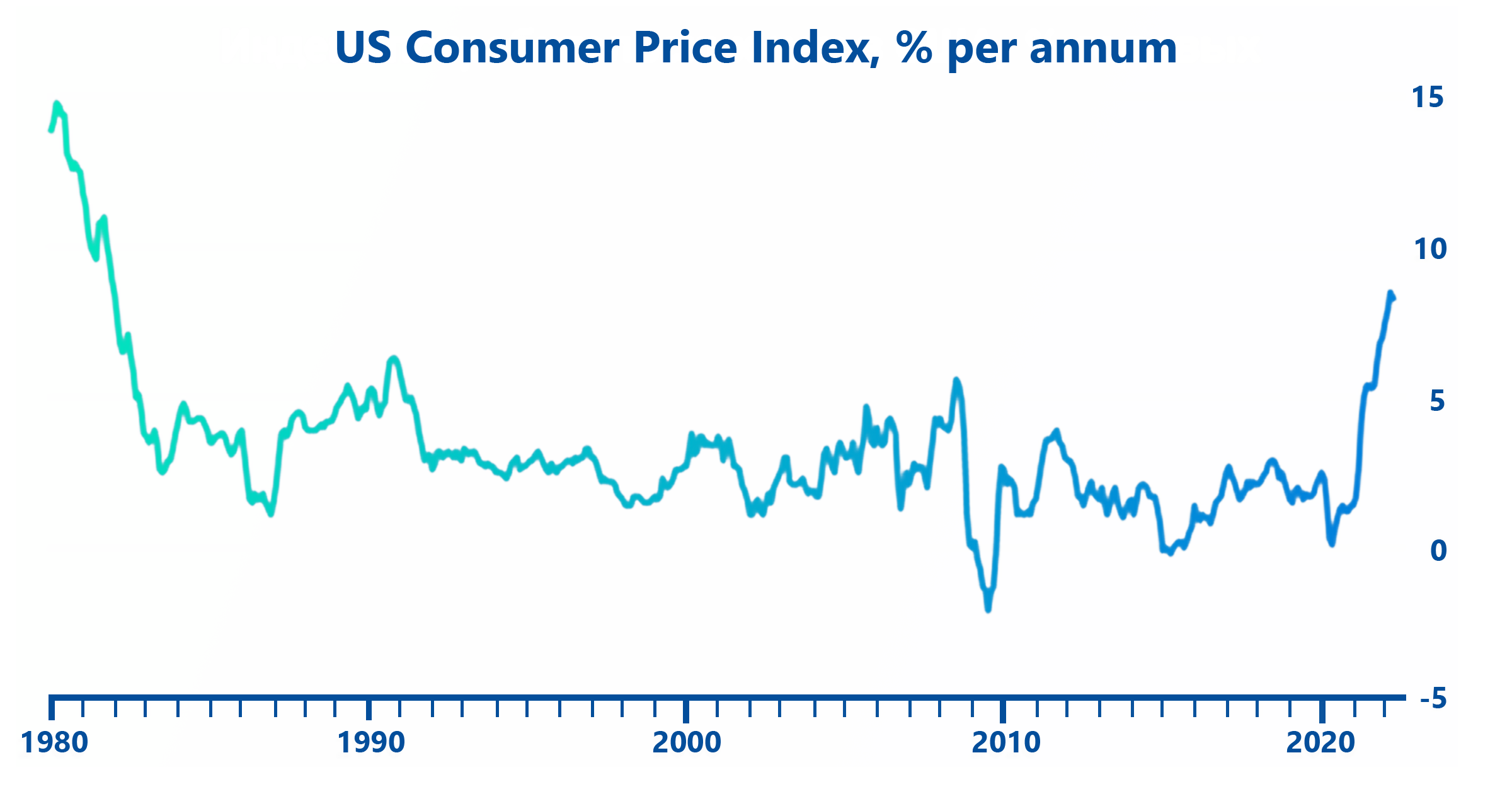 In terms of consumer prices, the largest growth was recorded for energy sources, which increased by 34% in annual terms. For example, the average cost of gasoline in the country exceeded $ 5 per gallon (= 3.78541 liters), an increase of more than 60% compared to the same period last year. The price leap was caused primarily by the global energy markets instability and unpredictability as a result of sanctions against the Russian oil and gas sector, the policies of OPEC+ countries, as well as changes in many traditional fuel export routes. 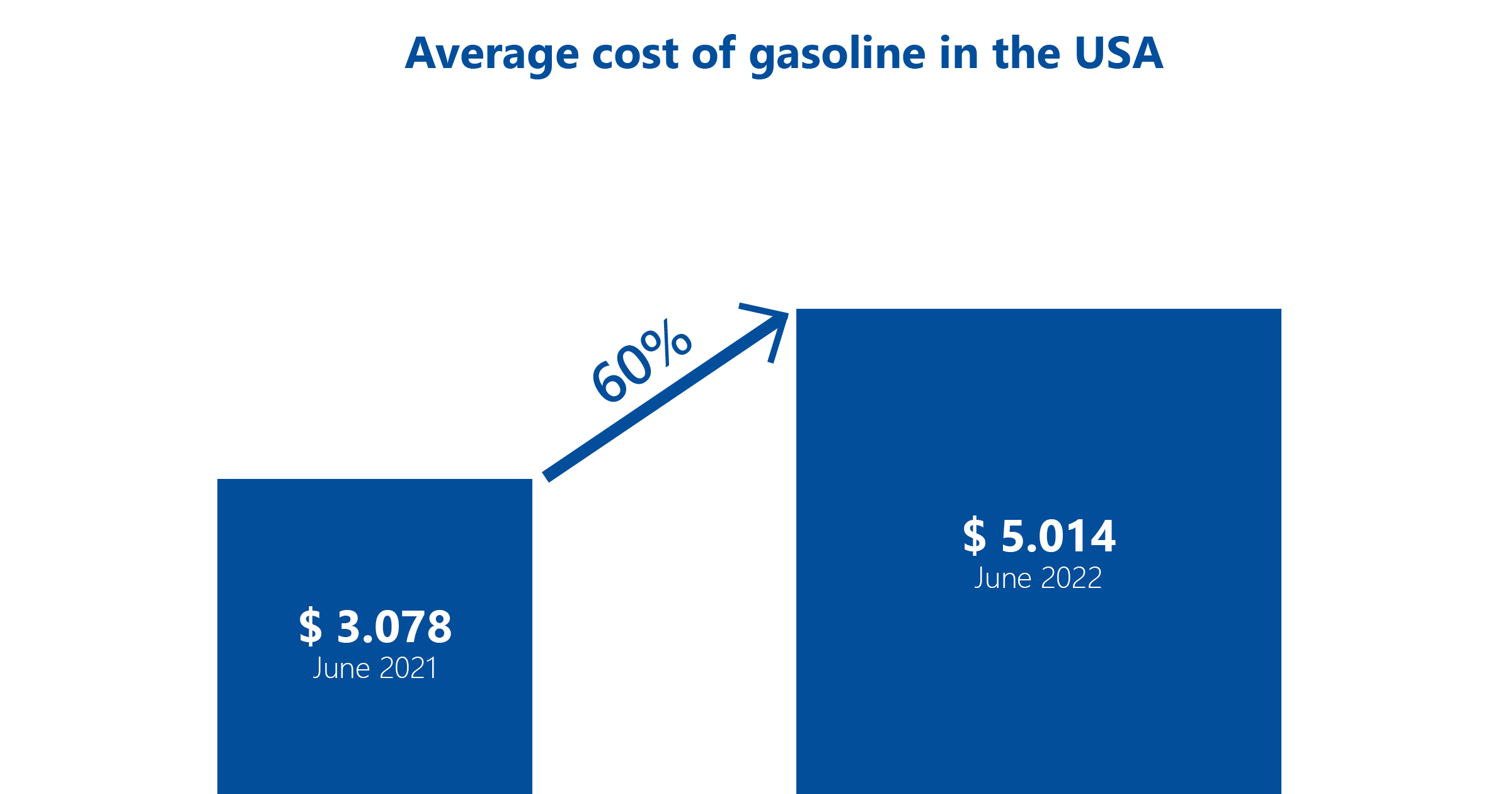 Food prices have risen by 12%, which is another record increase since 1979. Leading investment banks and analysts have not yet decided whether the current inflation level in the US is the ceiling or prices may go even higher.

Against the background of continued inflation, the US Federal Reserve System (FRS) has already given signals to the market and has begun to gradually soft monetary policy unwinding. So, in May of this year, the US Federal Reserve raised the interest rate by 5.0 p.p. to 0.75–1.0%. This is a record increase since 2000. In general, it is estimated that the FRS interest rate will be rising depending on market conditions and may reach 2.7% by the end of 2022.

However, the US Central Bank needs to combine its commitment to tame the inflation with the need to minimize side effects for the US economy, since an overly aggressive reaction of monetary policy can lead to an increase in recessive phenomena in the world’s largest economy.

US stock indexes traditionally have sensitive reaction to the key rate changes. Over the past week we have seen a sell-off in the market and the exit of most investors. Thus, market signals indicate the presence of significant uncertainty as a result of a lack of understanding of the regulators strategy and the prospects of the global economy and, in particular, the United States.

The American economy prospects may be worsened by too aggressive actions of the monetary regulator. And this may lead to more essential and long-term structural problems than the followed up inflation increase. At the same time, the FRS needs to define a clearer strategy of action in its rhetoric. Otherwise, the continued sales on stock markets may have a negative impact on the well-being of people and firms, forcing them to reduce their current consumption. Such behavior can serve as a trigger for the recessionary phenomena appearance without any restraining effect on inflation rate.

Following the inflation expectations, in our view, the US regulator may raise the Federal Funds rate by 0.5 p.p. at the next June meeting in order to show market participants its commitment to rein in inflation that has broken out of control. A significant number of analysts and experts believe that the FRS will raise the rate by 0.75 p.p., however, given the forecasts for global economic growth downward outlook revisions, as well as a number of consumer and business activity indicators in the United States, we consider this measure excessive.