Jusan Analytics team has developed an additive scoring model to identify the key drivers of the industry.

Scoring highlightes the most viable and efficient industry segments and gives a certain understanding of the problematic aspects of domestic production through the identification of outsider sectors.

Industry subsectors are evaluated according to 10 unique criteria. The subsector is determined by the first two values of the Common Classifier of Economic Activity (CCEA) structure.

Our scoring has revealed the key drivers of the industry. The most stable subsector in the primary sector was the extraction of metal ores: high indicators of development visibility, profitability, competition with imports and operational efficiency. In the secondary sector, was turned out that metallurgical production is the main driver: strengths were noted in terms of profitability, debt burden, competition with imports and operational efficiency. Further development of metal ore mining and metallurgical production will lead to an increase in the overall performance of the industrial sector. 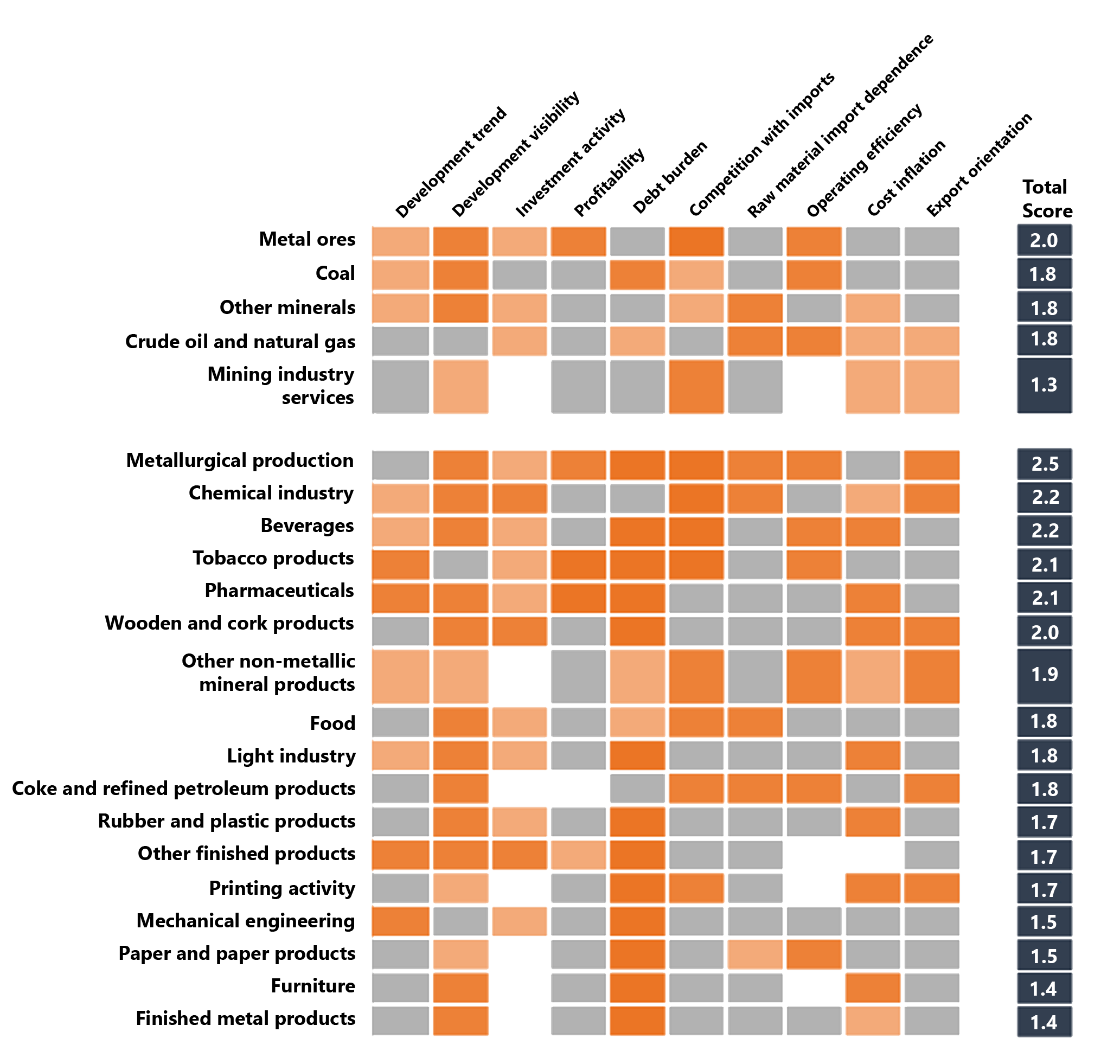 Read more in the paper

As we expected, the growth of the short-term economic indicator for 10 months of 2022 continued to slow down and amounted to 3.1%. Growth for 9 months has reached 3.5%.